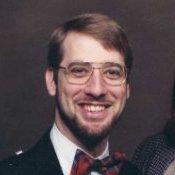 Nelan, Virant, and the attempted impeachment of a Sheriff
An overview of the fallout of two Depression-era sensational murders

During the Aug. 31, 1932, inquest into the murder of Lewis P. Nelan, incarcerated witness Martin Virant of East Peoria shocked those in attendance with bold accusations that he had been severely beaten by sheriff’s deputies who refused to believe his protestations that he knew nothing of the fight that led to Nelan’s death.

Nelan had even shown some of his injuries to the inquest jury.  He wanted to continue testifying about the torture he had endured, but because Virant knew nothing of Nelan’s murder, Tazewell County Coroner A. E. Allen sent him back to the county jail.  Virant would be found hanging in his jail cell a few hours after the inquest .

Jared will discuss the crimes, corruption, and cover-ups that made national news during the early depression.