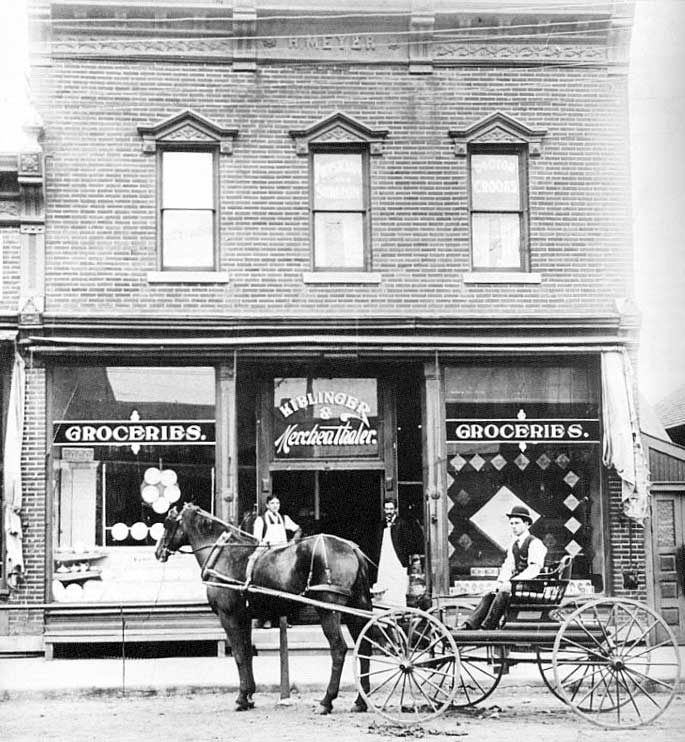 This photo of Morton's Kiblinger and Merchenthaler Grocery was taken in the spring of 1904. The store was located on the east side of Main Street.  Mr. Merchenthaler is standing at the right side of the doorway.  A Mr. Mustock is seated in the buggy.

Dr. Crooks, a physician and surgeon, had his office above the store.  If you look closely, you can see the doctor's signs on the upstairs windows.  The doctor moved to Peoria about 1906.

The Kiblinger and Merchenthaler store later became Grieder's Grocery, and the Morton Masonic Lodge would take over the doctor's office.  Conrad Kuhn's City Bakery was located to the left of this store.  The bakery later would become the Morton News building.