The company would be renamed to the Caterpillar Tractor Company in 1925.  The East Peoria area would become known as the "Earthmoving Capital of the World".

Below: The Holt 75 model gasoline-powered half-tracked ("caterpillar") tractor, circa 1914,.  Thousands of these tractors were used in World War I to pull artillery pieces. Later models were produced without the front "tiller wheel." 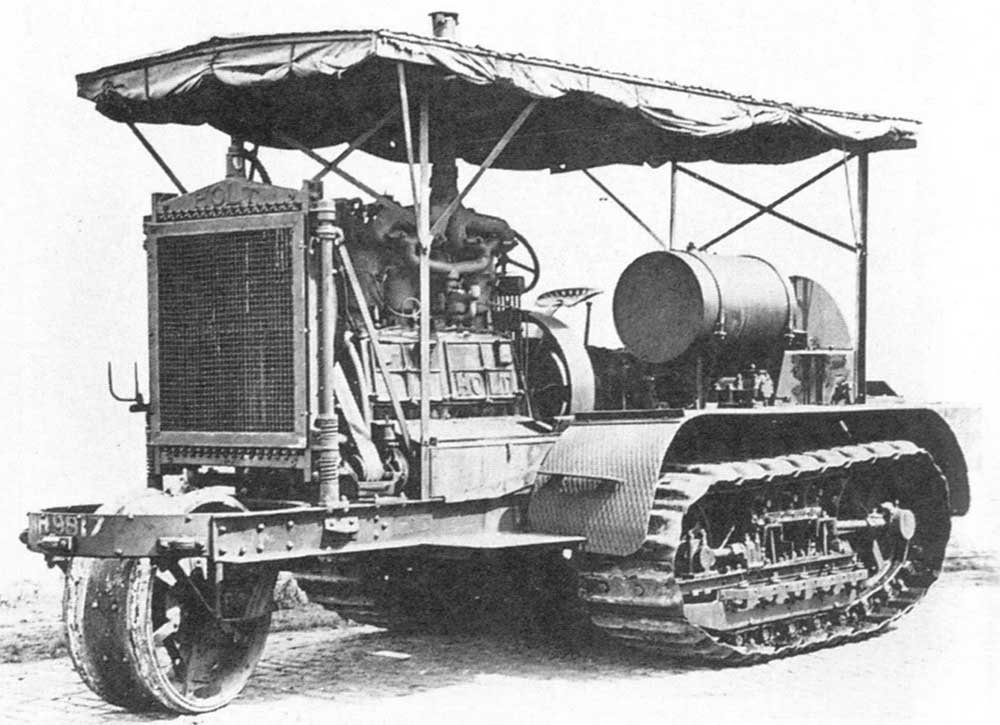 Below:  This 1930's photo shows Caterpillar bulldozers being loaded onto an Illinois River barge near the East Peoria plant.  The skyline of Peoria, Illinois can be seen across the river.  These tractors are being shipped to John Fabick Tractor Company in Missouri. 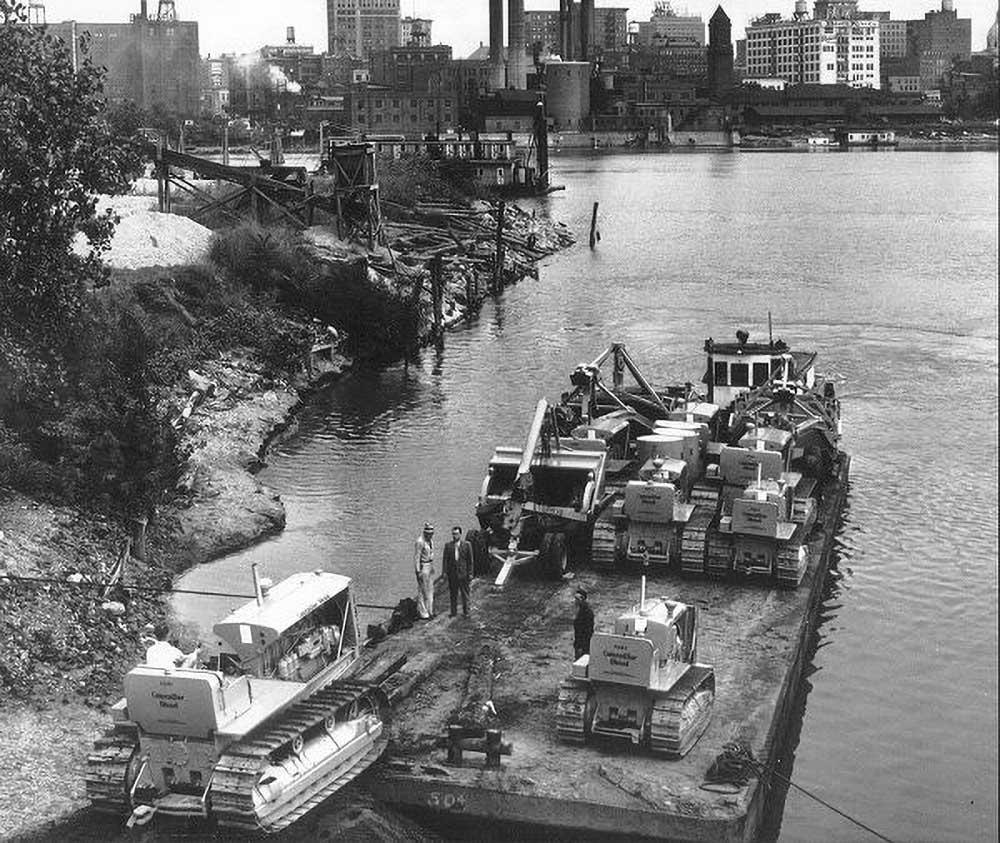