On March 30, 1938, a family of three to five tornadoes moved across central and west central Illinois during the afternoon. The worst damage from the outbreak occurred in South Pekin, where three city blocks were leveled and 250 homes were damaged or destroyed. Nine people were killed in South Pekin, two in Morton, one in Timewell (Brown County), and one in Astoria (Fulton County). 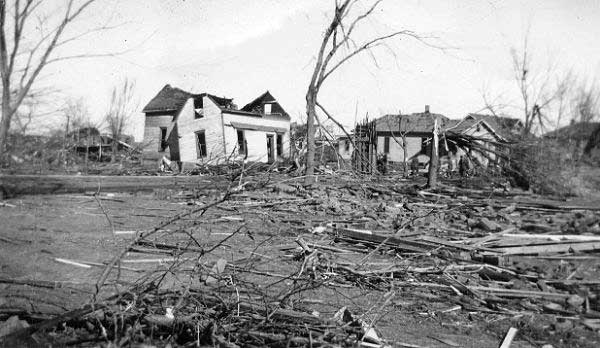 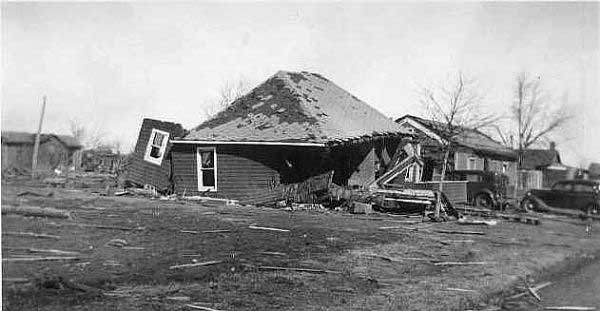 Extensive damage also occurred to the Chicago & Northwestern railroad yards.  The photo on the left below shows locomotives still standing in the remains of the roundhouse.  However, rail cars out in the open did not fair as well as can be seen in the middle photo.

Sometimes, unexplained events occur during tornadoes.   The photo on the right shows the tornado totally destroyed the rail yard's ice house -- without moving the ice blocks stacked inside at all! 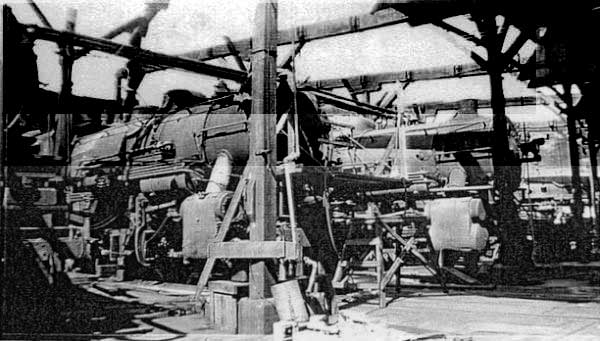 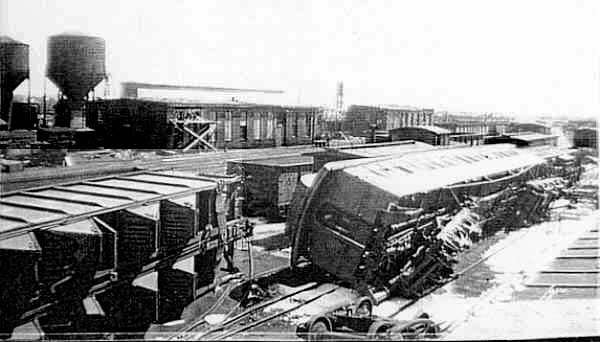