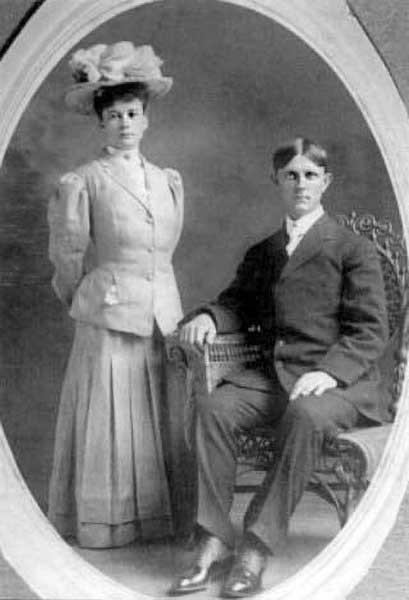 Samuel Franklin was known by everyone as "Frank."  Frank and Daisy lived their entire married life in Mackinaw, Illinois.

Frank had various jobs. He was a telegraph operator. He hauled coal and also hauled blocks of ice pulled by a horse drawn wagon. He worked for the railroad. He worked at the cheese factory and made concrete blocks at the concrete factory in Mackinaw.

Daisy cleaned houses for a lot of the town folks and worked a short time at the restaurant in Mackinaw.

Frank died at the age of 83 and Daisy was 95. They are both buried in the Mackinaw Cemetery.