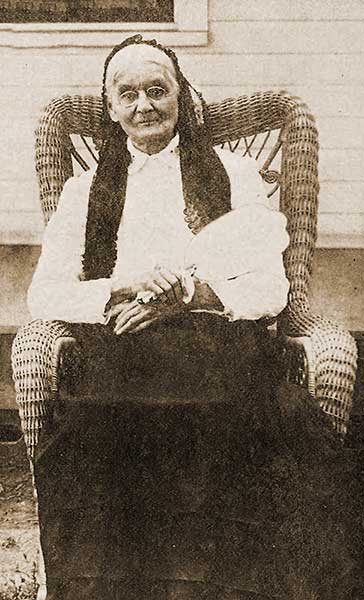 Woodford and McLean Pioneer Is Called

On Thursday morning at the church in Lllly was held the funeral of Mrs. Cassandra Fuhrman, an old settler of Tazewell county, who died on April 20.  The services were conducted by Rev. Sam Crabtree and interment was at Park Lawn cemetery near Danvers.

Mrs. Furhman was born In Virginia, July 6, 1828, and at the age of 3 years, with her parents, John and Sarah Carpenter, she moved to Morgan county, Ohio, in the Muskogeen river valley.  That country was at that time ln a primitive condition.

ln early womanhood she was married to Lemuel Fordyce, who was famous as the leading fiddler of that neighborhood.  Two children were born to them, Maria and Squire.  The husband and daughter were carried off by typhoid fever and Mrs. Fordyce was left with her Infant son.

Seven years later while visiting relatives in Woodford county, she was married to Cornelius Fuhrman and began life on a farm near Secor .  Central Illinois was then in a very uncultivated condition, and the couple started out as pioneers.

She remembered the building of the old Palestine Christian church and of the first minister, Uncle Jimmy Robbinson .  Under his preaching she joined the church.  Six children were born to this second marriage, two of whom died in Infancy.

In 1874 the family moved to McLean county and located on a farm northwest of Danvers, where they lived 20 years.  Then they moved to Lilly and here Mr. Fuhrman died Feb. 14, 1907.  She leaves one son, S. L. Fordyce, and four daughters, Mrs. J. F. Hall, Mrs. C. Lantz, Mrs. O. L. Carey, and Mrs. D. A. Lindsey.  Mrs. Fuhrman was always a great lover of nature and delighted to spend much time in the woods among the flowers.  She was also a long time lover of old fashioned music and was one of the typical pioneer women of this section. 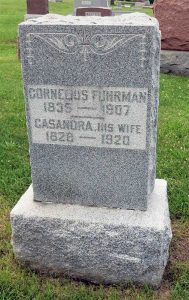 Aged Resident of Lilly Dies After Long Illness of Paralysis.

Lilly.  Ill.  Feb. 15.–(Special.)–Cornelius Fuhrman, one of the old residents of Lilly died last night after a long illness of paralysis.  He was 72 years of age and had resided here for more than twenty years.  He was a farmer, but retired some years ago.  He is survived by his wife and four daughters, and one stepson.  The daughters are Mrs. Frank Hall and Mrs. Chris Lantz of Danvers; Mrs. David Lindley, of Mt. Pulaski, and Mrs. O. L. Perry, of Lilly.  The stepson is Squire Fordice, of Quakertown, Pa.

The funeral will be held at 10 a.m. Saturday, conducted by Rev. Mr. Southgate, and interment will be in Danvers.