The Berry Gang - This gang of horse-thieves and road agents terrorized the people of Tazewell County for years during the late 1860's.

On 30 July 1869, they became involved in a gunfight with a sheriff's posse at Circleville.  During the fight, Ike Berry fatally shot deputy sheriff Henry Pratt.  Over the next few days there would be a massive manhunt, mob action, and ultimately, a lynching.

These events are the subject of the book Lynch Law, written by TCGHS member, James Conover — available in our publications store. 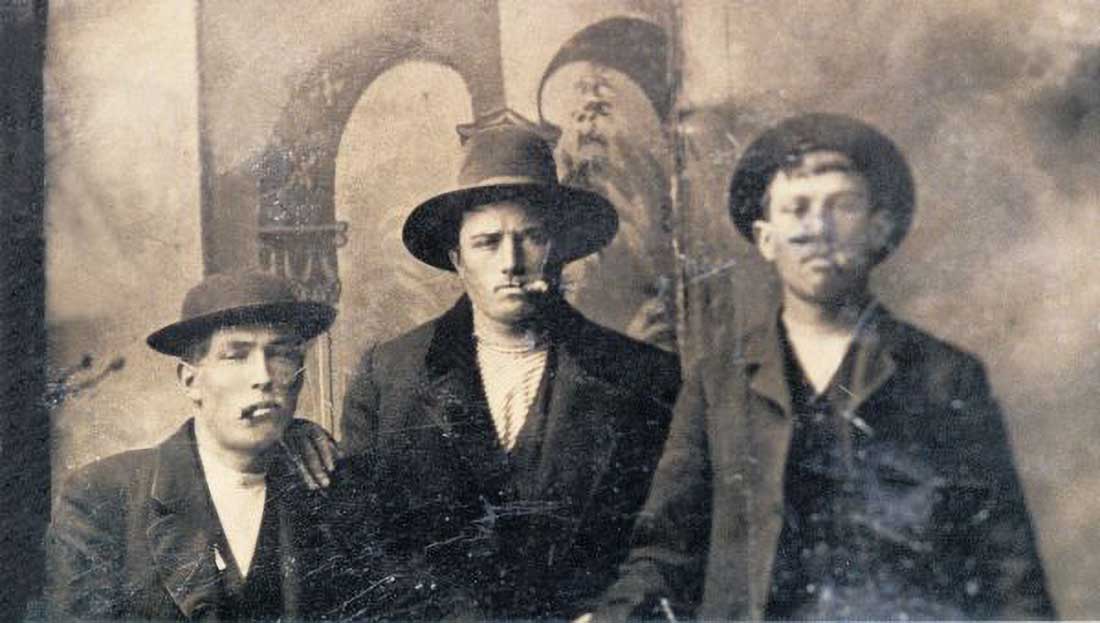 The Photo - This photo is a copy of a tintype found by T.J. Scherer during a 2000 remodeling of his home on Amanda Street in Pekin.  The photo was found in the ceiling  joists along with an additional tintype of an unidentified small girl.

The home was owned by William Berry (a distant cousin of the Berry Gang members) until the 1940's.  After consulting with several members of the Berry family, the tintype is believed to the only known photo of the "Berry Gang".

If you have any additional information about the photo or the Berry Gang, please contact the society.