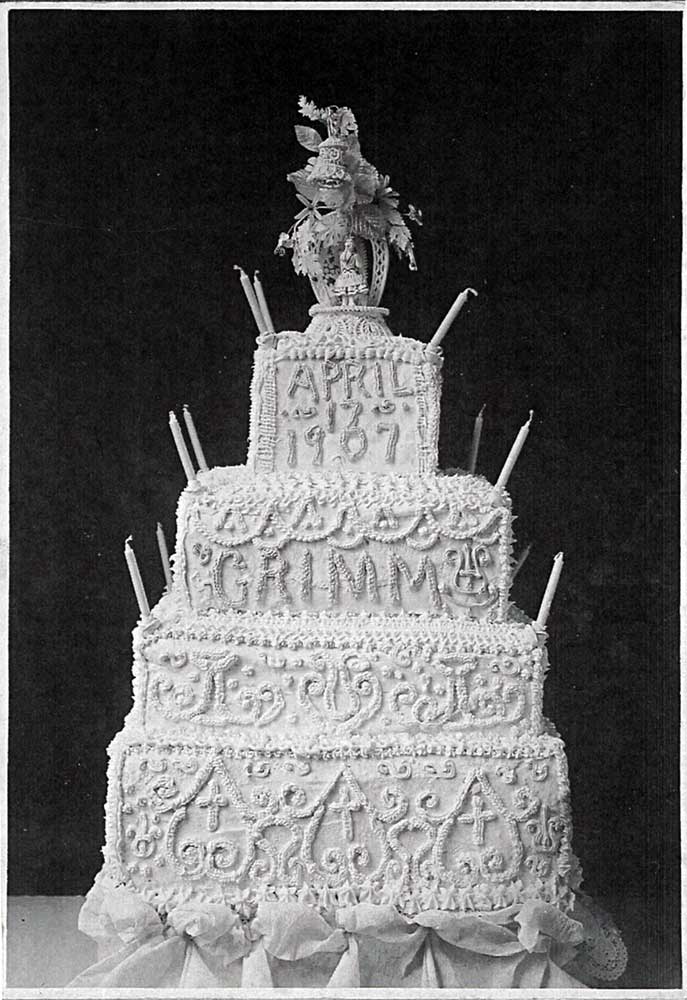 George was born on October 3, 1881 in Washington IL and died on June 28, 1970 in Peoria.
He is buried in Saint Joseph's Cemetery in West Peoria.

A Peoria city directory lists both the
George Grimm residence and Grimm's Bakery
at 732 Howett Street in Peoria.

George owned Grimm's Bakery which explains such an elaborate cake!!

Originally posted as September 2020 Mystery Photo
Our thanks to members Carol Walker & Thom Reed for the identification!